Appeals Court Rules in Will Dispute between Ex-Wife and Brother 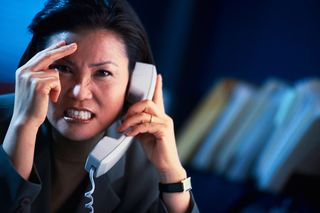 “Recently, the Indiana Court of Appeals decided the case of Trowbridge v. Estate of Trowbridge. The case involved a man, Everett, who, despite their divorce, remained on good terms with his ex-wife, Christal.”

Everett Trowbridge executed a will after his divorce, in which his ex-wife Christal and his brother Michael Trowbridge were named as co-executors. The will was generous to Christal, leaving her the former marital home, 100% of one retirement account, 25% of another retirement account and all of Everett’s personal property. While Everett had received the marital home according to the dissolution order, Christal never deeded it to Everett, as was required by the dissolution order. His brother Michael Trowbridge received 75% of the second retirement account. Six years after the will was executed, Everett Trowbridge died. One week later, Trowbridge petitioned to open an intestate estate, saying that there was no will.

Michael took careful notes and said that he would have to find out whether a copy of a will could be offered for probate, before attempting to probate the will she provided.

Michael said he next contacted Trowbridge and asked if he had found a will in Everett’s house. Trowbridge said that no will was found after a search.

Michael uncovered a rule that says where a testator retains possession or control of a will and the will isn’t found at the testator’s death, the presumption is that the will was destroyed. Under this rule, the proponent of the will can rebut the presumption by introducing evidence that supports the conclusion that the will was not in fact revoked. In addition, if a copy of the will is offered for probate and contested, the contesting party, in this case, Trowbridge, has the burden of proof to establish that the will was revoked. According to Michael, once he discovered this rule, he wrote to Christal and told her he would not offer the will for probate. He also suggested that she hire an attorney.

Christal petitioned the court to probate the will, and the trial court found for Trowbridge, saying that the presumption of revocation had established that Everett revoked his will. Christal appealed, and the Indiana Court of Appeals reversed the ruling. The court held that before the presumption of revocation could apply, there must be a predicate finding that the will had remained in the testator’s possession. The only evidence to this point was from Christal, who testified that she maintained possession of the original will.

There was yet another hearing, and the trial court found that the evidence supported the finding that Trowbridge maintained possession of the original will. The court said that Michael’s testimony, supported by handwritten notes, was that when he first spoke with Christal, she said that she had a copy and Everett had the original will in his safe. The trial court applied the presumption of revocation and declined to probate the will. Christal appealed again.

In its analysis, the Court of Appeals first easily affirmed the trial court’s finding that Trowbridge maintained possession of the will, and so he received the benefit of the presumption. However, this is not the end of the question, said the court.

It’s ultimately up to the person who is contesting the will to show that it was revoked, and the trial court had ignored the evidence supporting Christal’s argument that it was not revoked. Included in the court’s decision were these facts:

Everett did not execute his will, until after he and Christal were divorced. Everett continued to list Christal as the beneficiary of his accounts, as recently as the year before he died. He also never enforced the dissolution order requiring Christal to deed the formal marital property to him.

Reference: The National Law Review (June 22, 2020) “Where’s the Will? Indiana Court of Appeals Reverses Trial Court’s Presumption of Revocation for Lost Will”